Okay so in my world of dim sum I’ve only regarded Imperial Treasures Nan Bei Takashimaya as the place to go to for great dim sum. I can now add another place to that — Kai Garden.

Kai Garden at Marina Square is opened by chef Fung Chi Keung, previously from Paradise Group, the people behind the famous colourful Xiao Long Bao. The Cantonese restaurant prides itself on their Peking Duck, known for different flavoured wraps and dips. I was excited to try it, until I saw their executive set lunch.

Without second thoughts I ordered Set Lunch A to share with my partner. No point having two of the same set, plus, Kai Garden’s dim sum menu looked too appealing. So I added some dim sum to the lunch. 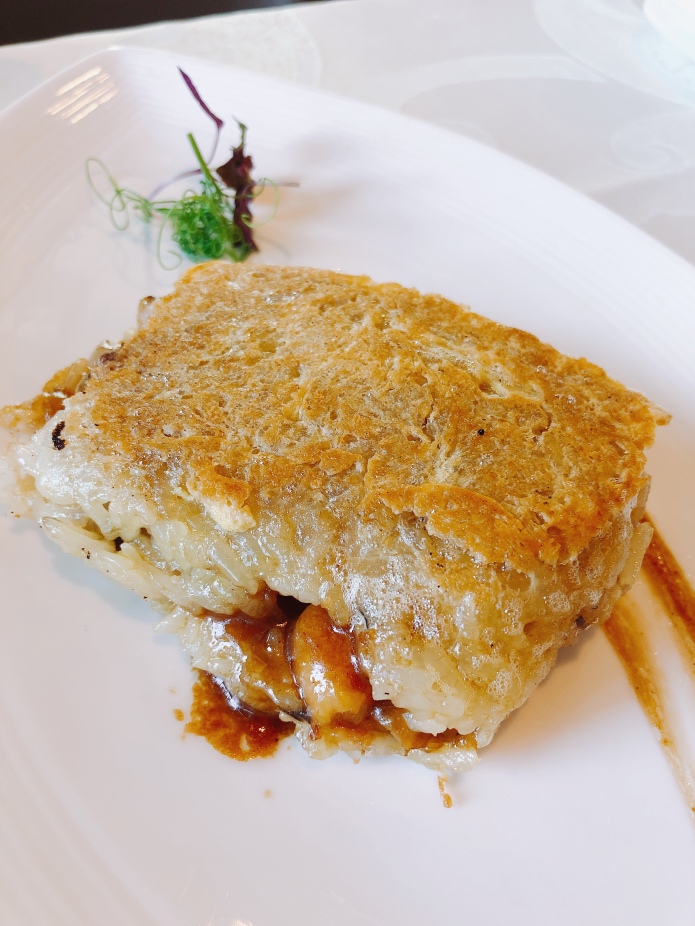 I looked forward to every dish, and for sure I wasn’t disappointed. Every dish was well executed and tasty.

While the dishes sound ordinary, it was the little touches that really made the dish a notch higher. For example, the baked cod fish was placed on a crispy biscuit of sorts. Very innovative.

I particularly liked the fresh coconut puree because this was my first time having something like that at a Chinese restaurant for dessert. It was refreshing and cooling, perfect way to end the meal on a light note.

The mango roll was really light and crispy! The sauce within also complemented it really well, not too much not too little. Highly recommend this dim sum.

The skin of any Ha Gao is always the hardest to get right. I gave this a thumbs up because of that reason. The prawns within were big and crunchy as well but the skin was the winner for me.

When I saw crispy cheong-fun I immediately thought it was you tiao wrapped in cheong-fun skin and topped with minced mushrooms. Nope, it wasn’t like that. Instead, the insides of the cheong-fun were filled with fluffy and crunchy bits alongside the minced mushroom. To help maintain the crispyness, the cheong-fun sauce is left by the side and you should only dip a piece into the sauce before eating. I highly recommend this dish as well.

By now you would have noticed that Kai Garden comes with a steep price tag. It may seem that a $6.50 Ha Gao is too much for dim sum but think about the other dishes. For its creativity, exquisiteness and ambience, I’d say Kai Garden is worth every penny and calorie.