This is the worst buffet I’ve ever eaten.

Buffet Town is located strategically at the basement of Raffles City. This means you can eat your fill and shop off the calories after that (actually maybe you wouldn’t want to do that). Long queues were already forming before they even opened for lunch. For that, I really wonder why. (picture below doesn’t capture the long queue which is on the other side of the entrance)

You have to pay before you enter, and an invisible stamp which is only visible under UV light would be stamped on your hand in case you need to leave and re-enter the eatery. 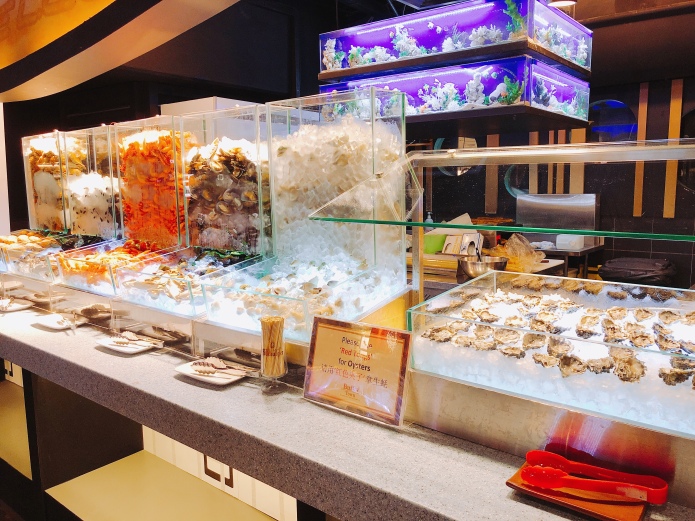 Seafood on ice. Oysters, prawns, mussels, crayfish. Nothing fantastic about this station, plus the oysters were rather tasteless. I usually start my buffet by taking four oysters, but I struggled to finish even the third one.

Sushi and sashimi counter. Don’t bother going for the sashimi. It didn’t feel fresh at all – texture was mushy and there was a slight bad smell to it. 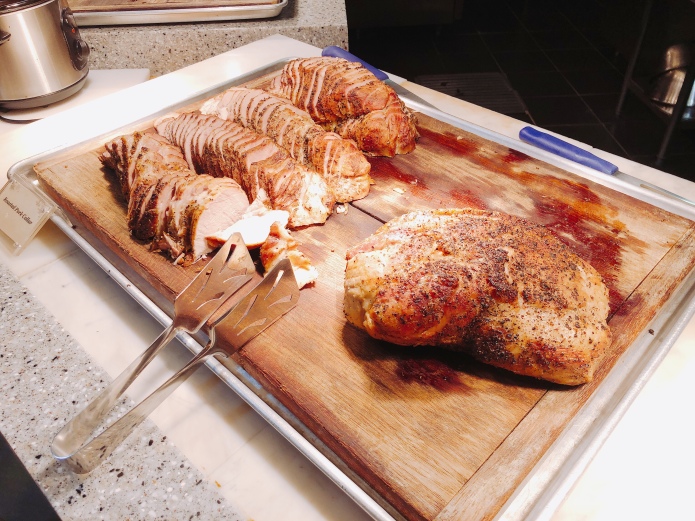 Baked chicken, fish and vegetables. They were over baked and their meat became too tough as a result. 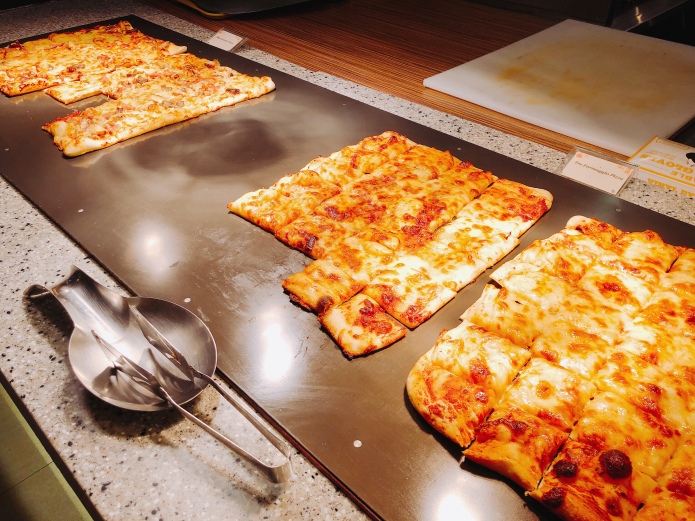 Assorted pizza. I thought the formaggi (cheese) pizza was the best, but they all had soggy, oily crusts. 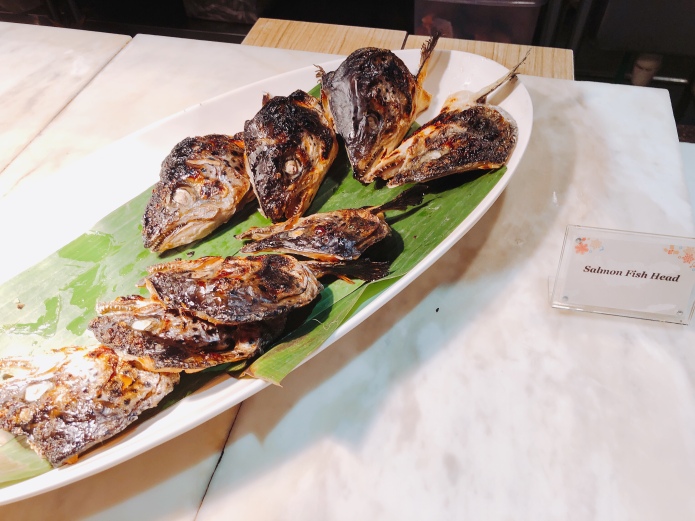 Pork and beef satay. This was the best dish of the entire buffet! The pork always runs out though, and a queue would form just when the pork is about to be done. Slightly disappointed that the consistency wasn’t there. Took satay from two different batches and while one was well cooked, the other was overcooked and tough.

Teppanyaki. Not much of a choice with the ingredients, and the wait for this can get quite long sometimes.

Assorted tempura – prawn, long beans, mushroom, eggplant. The batter used to fry the tempura was quite heavy and lacked flavour on its own.

Chicken rice and laksa. Didn’t get to try their chicken rice, but their laksa was a little too heavy on the coconut milk. The laksa soup wasn’t strong enough.

Forget about the desserts. Skip this section entirely.

Actually, I started this post with “worth a try” because Buffet Town really has a decent variety and it’s not too pricey ($40 for weekend lunch). But after reviewing all the food above, I figured that you should spend your money elsewhere.

Perhaps it’s because of its variety and price, Buffet Town attracts bargain hunters – people who have that “kiasu” attitude and won’t hesitate to cut your queues and take more than what they need. This, together with the subpar food quality, greatly affected my dining experience.

Won’t be putting their details here because really, don’t go.

Go!!! I’m Kim Korean BBQ is no stranger to Singaporeans. Known for its value for money KBBQ, the lunch option ($14.90) is something you should check out if you’re free […]
I’m Kim Weekday Lunch Korean BBQ, SOTA

2020 is a year of firsts for everyone. Things that we previously took for granted are now no longer easily within our reach. Not surprisingly, a big event like mooncake […]
Takashimaya Mid Autumn Festival 2020

Go!!! Hailing from Osaka, ubiquitously the food paradise of Japan, Chojiro is a sushi restaurant known for its affordable and high quality sushi. I missed my chance to eat Chojiro […]
Chojiro, Capital Square, Telok Ayer

Go!!! Rovaniemi is well known for three main activities: visiting Santa Clause in Santa Clause Village, going on a dog sled ride, and chasing after the northern lights. Few would […]
Cafe and Bar 21, Rovaniemi, Finland
%d bloggers like this: