Rated as having one of the best lobster rolls in Singapore, Pince & Pints can be hard to miss if you’re not paying attention since the whole row of shophouses along Duxton Road is nothing short of restaurants and bars. Its closed doors doesn’t look particularly inviting as well. However, step inside and it’s a different vibe all together.

Pince & Pints exudes an American burger joint vibe. The staff are friendly, the place is brightly lit, the chairs are red, chunky and cushiony.

The menu is encapsulated between two metal grills which seems like a representation of how lobsters are caught – in metal cages.

The position of the food items is precisely in each square. How creative! 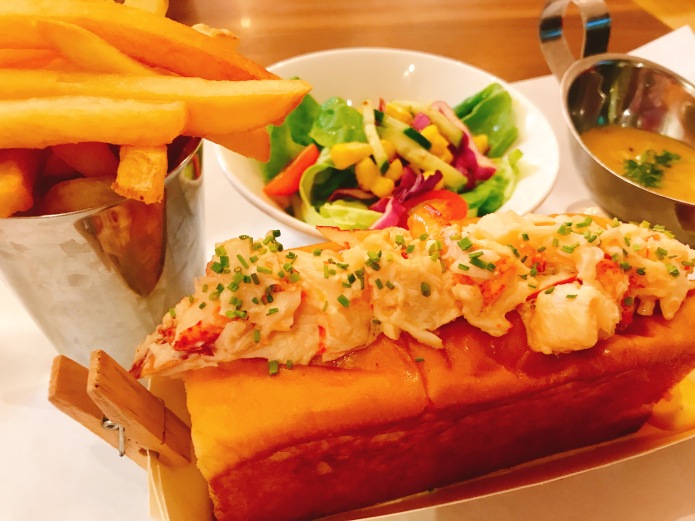 The Lobster Roll is the classic, must try dish if you’re here for the first time. Large chunks of juicy lobster bits stuffed in a buttered bun and topped with chopped chives is the bomb. I ate this bun by the mouthfuls and each bite I took was filled with lobster. Wah damn shiok.

Overall, Pince & Pints takes their lobster business seriously. No complaints about this place, except for the price. The two rolls above, after the relevant taxes, came up to $148. Yes the rolls were delicious, but was it worth this high a price? I don’t really think so. With this amount of money, you could be better off feasting on a decent buffet where the lobsters are free flowing. Also, they don’t serve plain water, which means you’ll have to fork out a couple more bucks for either still or sparkling bottled water. Pfffft. It was a good meal, but I won’t be going back again.