Food R Us occupies the void deck of an old HDB block at Queen’s Road. It doesn’t face the main road, so I’m guessing it relies heavily on word of mouth to keep it going. I heard of this place from my friend who strongly recommended it and decided to try it out myself on a Saturday evening.

It’s almost as if your ah ma opened a zichar store below her house to pass time but the forward looking grandson decided to make it look hipster-ish to attract the younger crowd.

Except that you didn’t do it quite right. The interior design was conflicting and confusing. 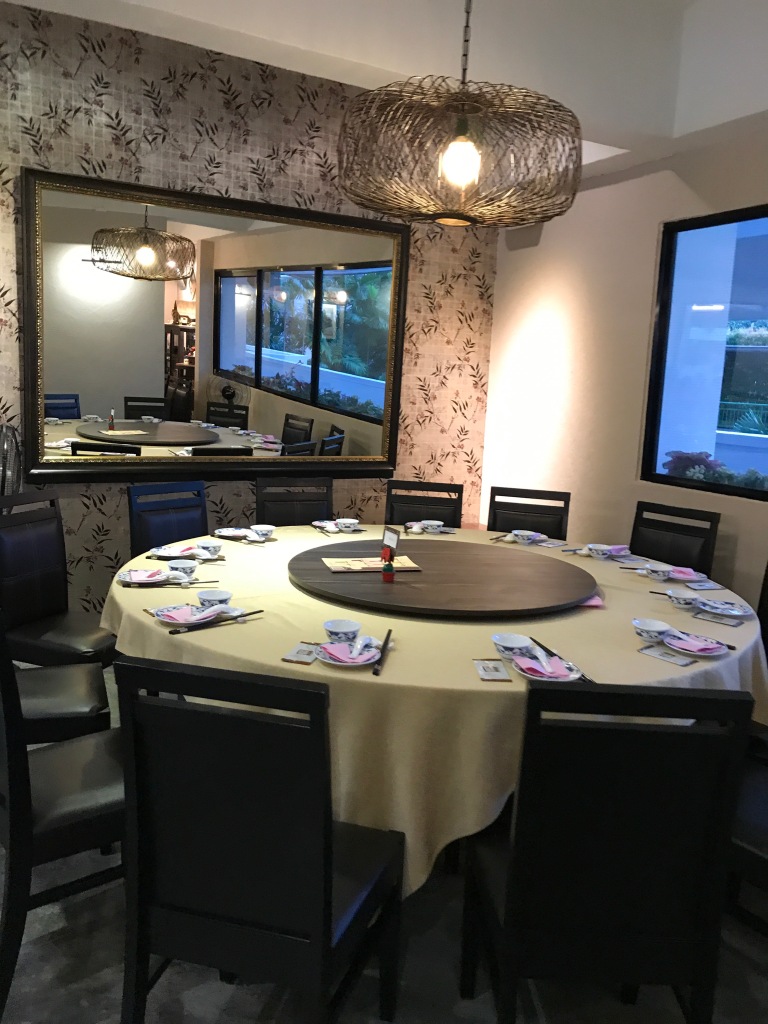 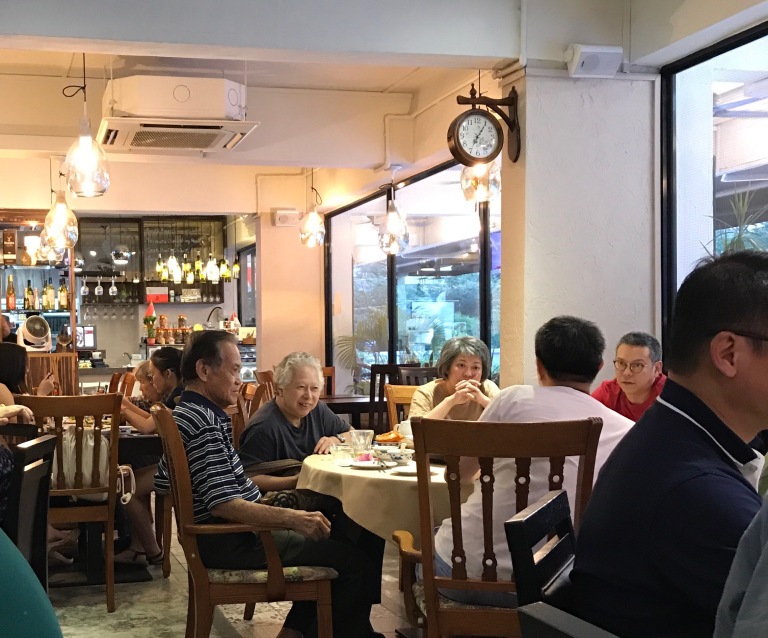 Or 2000s modern cafe? It’s a bit of a stretch for the eyes, but the lights at the payment counter were encased in wine bottles. What are you trying to do here?

Okay on to the food. We were advised to preorder the duck because it can get quite crowded and the duck may sell out. So we ordered a double platter consisting duck and char siew.

This is a zoomed in photo of the food. In reality, the plate was way too big which was more of a space taker than majestic looking. The char siew was slightly over charred for my liking, but the taste was above average. I had higher expectations for the duck (since the restaurant implied that it would be sold out presumably because it’s delicious right?) which left me a little disappointed. Yes the meat was tender, but flavour wise, there are better ones around for a fraction of the price. 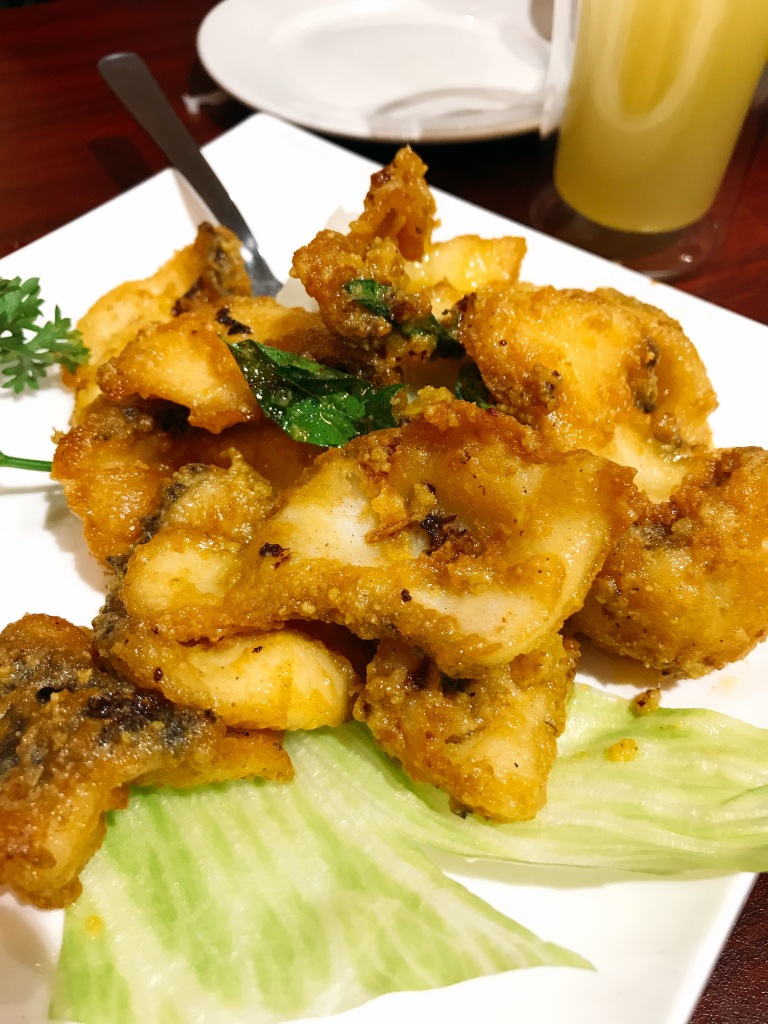 I didn’t enjoy this dish. Salted egg is seldom paired with fish, for good reasons. Since it was on Food R Us’ menu, I thought they would have thought through this dish. Nope. 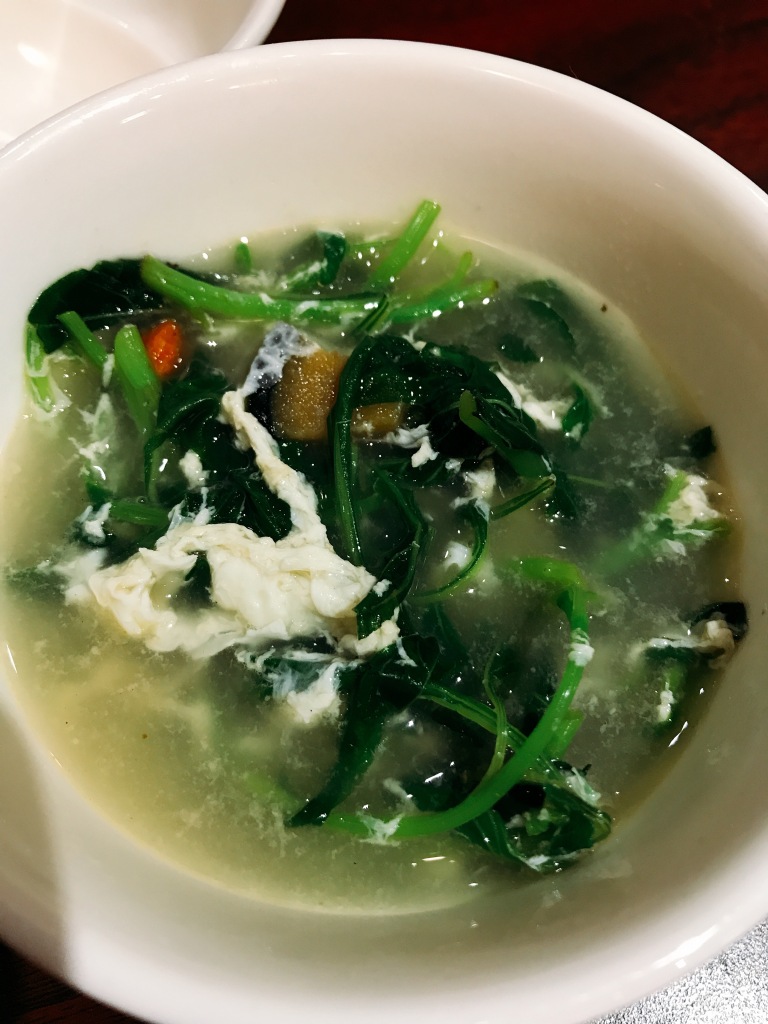 This dish was decent. It felt more like a soup rather than a vegetable dish, but I guess it’s all about preferences.

This was the best dish of the night. The wok hei taste was on target, and the prawns were big and juicy.

They also have homemade ginger tea which I thought was a must drink if you’re there.

Overall, Food R Us is a Cantonese restaurant run by a family. Expect to see a couple of very elderly ah ma serving you your food. The staff were also quite friendly, but I have mixed feelings about going back a second time. Food R Us is not cheap. The dishes are slightly above average, but way too expensive to qualify for your neighbourhood comfort zi char.

Also, we reserved for a table of six. Instead of a round table, we were made to sit a long table. This made it extremely hard to share the food. We felt it especially so because the plates were huge, making it cumbersome to pass around. Even the person serving had difficulty finding spaces on our table. We were still early into our dinner, so as soon as we saw that an empty round table was available, we asked if we could move. Strangely, we were told that it was reserved. Erm, we reserved a space too, my friend.

Embarking on what could be the most extraordinary and fulfilling journey of my life! View all posts by littlemissramen