[CLOSED] Worth a try.

For such cutesy cafes, it’s the experience and ambience that counts, never the food. Look at this! I’m no big fan of Gudetama, but see this already I also want to go in. Plus it’s pretty hard to miss, given its close proximity to the convention centre taxi stand. 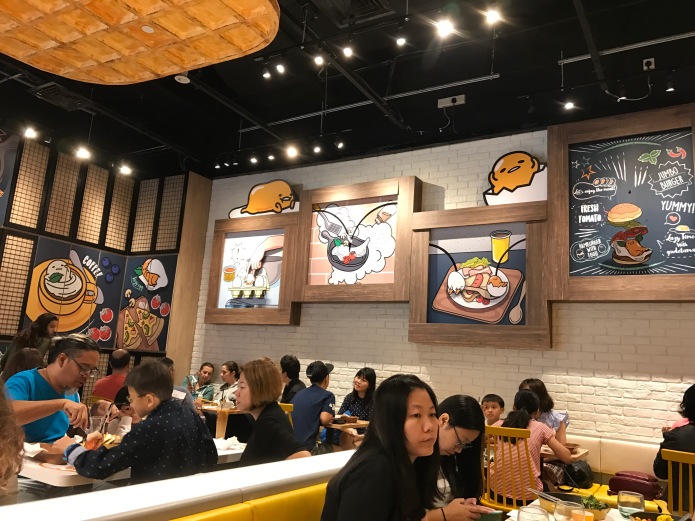 The pictures on the walls can move! Hmm, what’s that on the top left hand corner of the picture? 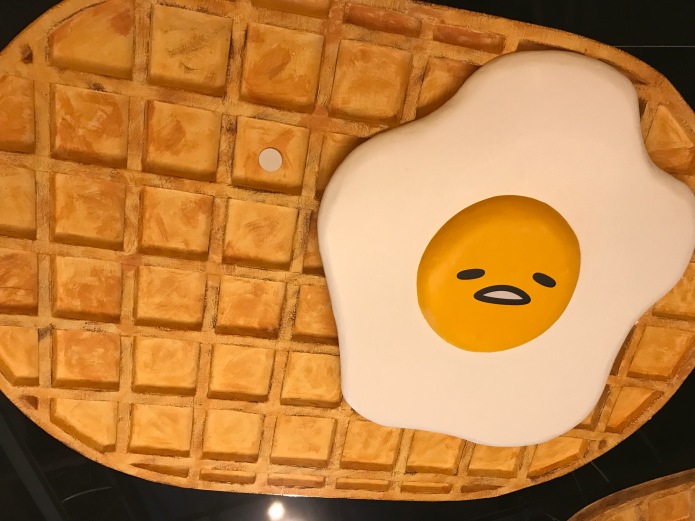 Haha, the table next to mine had a “Bo chup” with Gudetama slacking under the egg shell.

The menu is playfully designed. 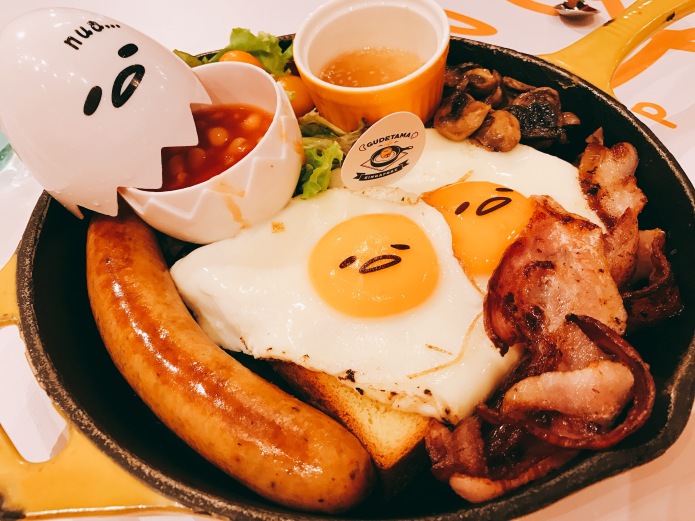 Big “Nua” Breakfast. Food looks similar to pic! Kawaii ne. The bread was pleasantly sweet. Other than that, this was a pretty normal dish.

Messy Chicken Salad. Look at the yolk. Tsk. Sorry I forgot to take down the cute name that comes with it!

Lobster bisque with egg. They did somethingto the egg to make it look so round and perfect. The soup was too heavy for my liking, but I liked the crusty bread bowl.

Chocobanana. Quite nice! I thought the bananas were only at the top but the drink had them blended in as well.

Okay la, I was very impressed when I stepped in for the first time but once the novelty wore off, I was back to my nua self. Oh, don’t be shy, take pics with the Gudetama figures! I paiseh and left the cafe without taking any. Sigh. Regret!

❤️🖤🖤 Hawkers’ Street at ION Orchard is a pretty good concept — famous hawker food housed in one location, right in the heart of town. If you’ve always wanted to […]
Hawkers’ Street, ION Orchard